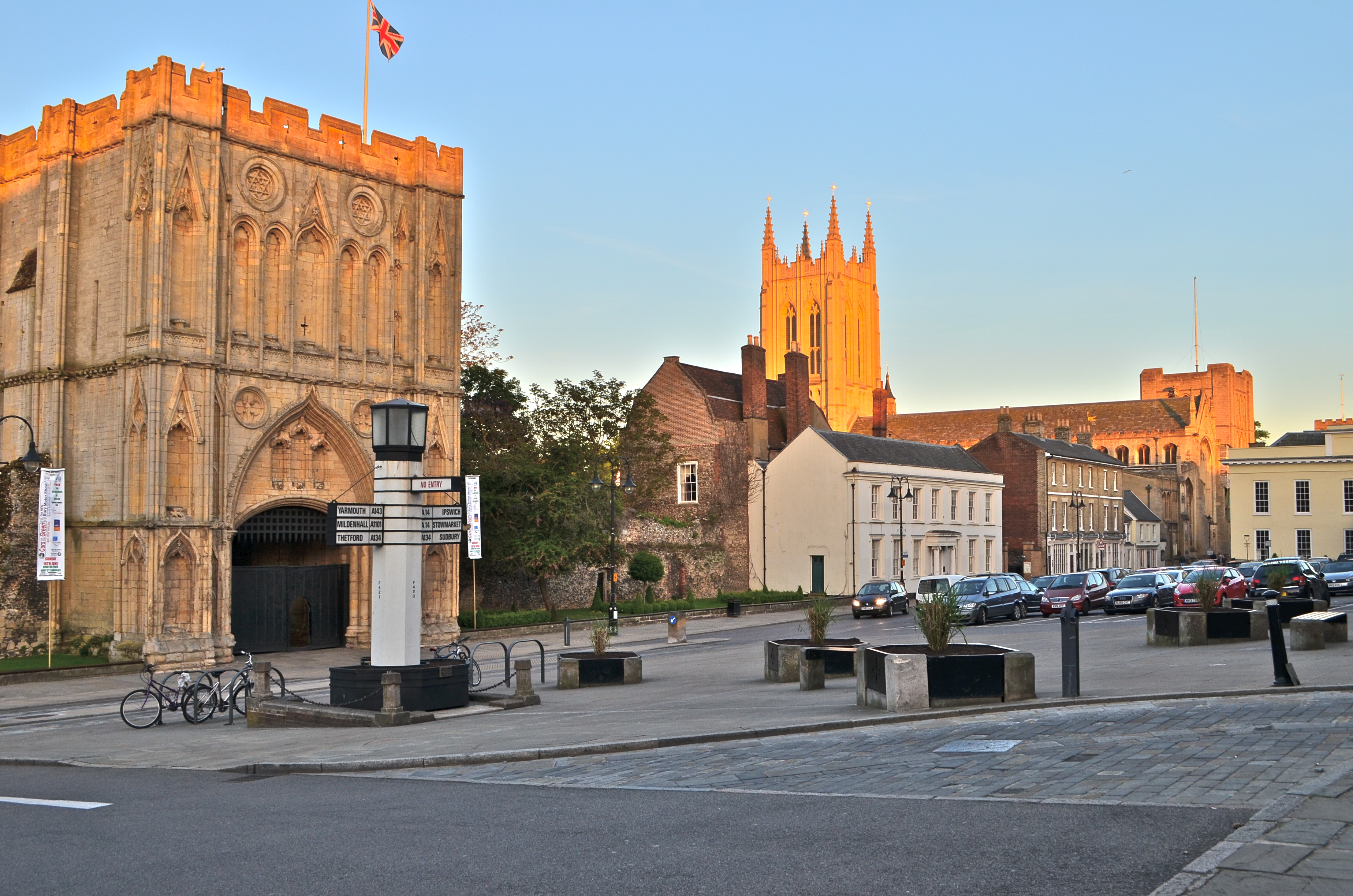 The heart of the kingdom of St Edmund.

Bury is the heart of the Kingdom of East Anglia, just as Edmund’s shrine was the heart of medieval Bury. Beyond the town, a symbolic landscape unfurls, linking Edmund the sacrificial king with his East Anglian dominion.

Bury’s growth and success was entirely a function of Edmund’s cult. If his body had not been relocated to Bury (or Beodericsworth until 925), the abbey would likely not have become such an powerful institution; of the 700 monasteries founded in England, Bury was the fourth richest. Pilgrimage and royal patronage enabled the abbey to prosper. Without Edmund, the town’s evolution would have been very different.

It is generally assumed that Bury’s ascent began in 633 when King Sigeberht founded a monastery there. Bury likely achieved the status of Villa Regia, or Anglo-Saxon royal town, during his reign. What the town consisted of prior to the monastery’s founding is not known. But there is some evidence hinting at earlier settlement, even ancient sanctity.

Edmund’s shrine represented the axis mundi, the sacred centre, from which the hero’s wellspring of life-force flowed. The abbey and town were constructed around this symbolic focal-point. Churchgate Street formed part of the Great Axis, an alignment extending through the archway of the Norman Tower, towards the church’s west front, along the knave and terminating at the shrine of St Edmund. It enclosed one side of the town’s medieval grid.

Bury’s plan reflected a medieval interpretation of the entire universe. At its heart was the shrine of St Edmund, the ‘Holy of Holies’, with the abbey that surrounded it representing Heaven. Outside the abbey’s boundary was the realm of the angelic host, still known today as Angel Hill. Beyond was the secular town, laid out as a grid, but with key alignments such as the Great Axis still connected to the upper realms, representing the path to salvation. Finally, beyond the town’s perimeter – its walls, ditches and rivers – lay Hell.

Bury provides an exceptional example of a town that conforms to the notion of a mythic city, organized as an elaborate temple with divisions between sacred and profane. At its heart lies the shrine of the hero-king, the sacred centre or temenos, a focal point for access to the otherworld; it represents a wellspring of vital energy for the community.

Beyond the town, a symbolic landscape unfurls, linking the qualities of Edmund the divine king – chiefly fertility and protection – with the Kingdom of East Anglia.