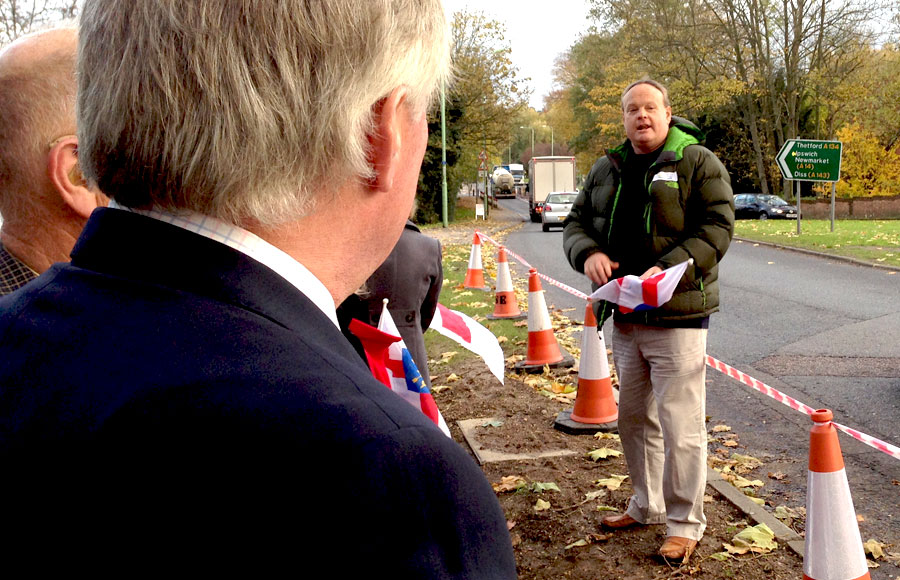 St Edmund’s Day celebrations continued on 21st November, including the addition of a fine new sculpture in Bury St Edmunds.

I was lucky enough to be invited to the unveiling of St Edmund’s wolf, a wood carving by chainsaw sculptor Ben Loughrill and commissioned by Bury In Bloom. Seasoned East Anglian oak from a tree brought down in the 1987 storms was used. Edmund’s crown was fashioned by Designs on Metal. The crown sits on pieces of masonry originally from Bury Abbey. The story of the great grey wolf guarding Edmund’s head is well known, so I won’t recount it here. It’s a great artwork in my opinion and a striking sentinel at Bury’s southerly approach. BBC Suffolk’s Mark Murphy performed the unveiling. 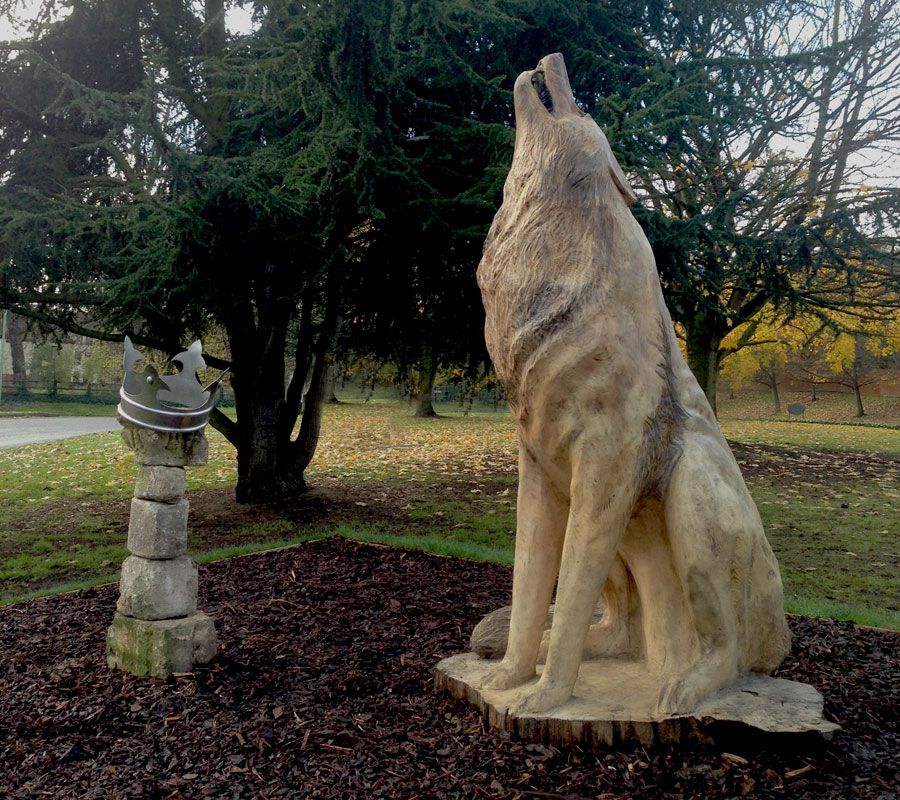 Here’s a time-lapse video of the carving, showing Ben at work. It was captured by Big Orange Photography and Astrixx.

Unrelated to Edmund, but still occurring on the 21st, was the opening of Bury’s first new pub in 29 years (not including Wetherspoons); this at least was what someone in the know told me. Oakes Barn was originally used as a wool shed, then a stable and later a garage. It was owned by James Oakes, an c. 18th businessman and diarist. Bury’s medieval defensive ditch and wall ran parallel to the building’s boundary. Now a free house run by Susan Wilde and Heather Warren, it serves a range of excellently-kept and carefully-curated real ales. 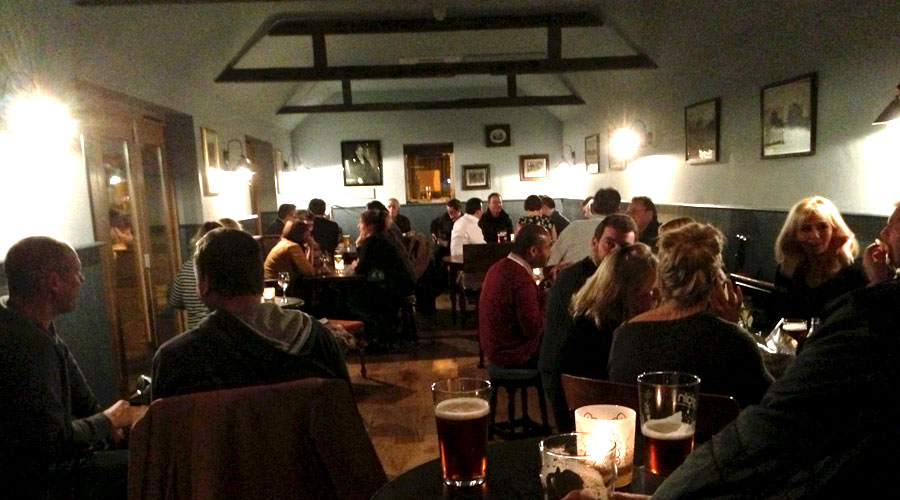 A beautiful piece of artwork. So much better than the last ‘offering’ of the wicker basket hit by the ‘Strongbow’ arrows on the roundabout near the cinema.