Edmund is often described as the last of the Wuffinga kings. Although there is no evidence for this lineage, he was probably the last native East Anglian king, ending a line that began with Wehha, legendary founder of the Wuffinga Anglo-Saxon royal dynasty.

Originally from Jutland, the Wuffingas, which means ‘the kin of the wolf’, settled around Suffolk Sandlings. They were ultimately responsible for establishing the Kingdom of East Anglia, in the first quarter of the sixth century, by uniting an older group of settlers in the north – the North Folk – with their own South Folk. A royal power-base was later established in the south of the region at Rendlesham. Under them, the east of England thrived. It has been estimated that the population of East Anglia in the first half of the sixth century was 55,000 – one thirteenth of the total population of Britain.

The magnificent ship burial at the famous Sutton Hoo site near modern Woodbridge speaks of the region’s wealth and influence. Situated on a promontory high above the River Deben, the cemetery, a major centre for high status burials, consists of twenty mounds. The largest – mound one – contained the ship burial, within which a Wuffinga king was likely interred, along with a stupendous array of grave goods. The helmet discovered amongst these items, and now so well known, has become a universal icon for the so-called Dark Ages. Along with the helmet, other finds included a mail coat, sword, shield, spears, a cauldron, gold and silver bowls, drinking horns, bottles, a standard and scepter, clothing and even a pillow. The most venerable Wuffinga king was Rædwald, who was acknowledged as overlord, or ‘Bretwalda’, by other English kings. It is assumed that Rædwald was interred in the boat burial in mound one.

Both the burials and grave goods at Sutton Hoo share parallels with Swedish Valsgärde and Vendel culture. The grave goods in particular reveal much about pre-Christian Wuffinga beliefs, including concepts of: animism and totemism, shamanistic practices for accessing the otherworld, the role of animals as spiritual messengers, the role of leaders as sacral kings; warrior, drinking and Woden cults. The mound one burial was essentially a rejection of emerging power-bases aligned with ecclesiastical authority (such as the Kingdom of Kent) and instead a reaffirmation of the ‘old ways’ – the traditional heathen identities and values of the Wuffinga’s ancestors.

The wolf was the Wuffinga totem animal. It embodied tribal ideals, and possibly functioned as an intermediary between this and the otherworld, as a spirit guide or a psychopomp, guiding the souls of the dead. It is no coincidence that Edmund’s severed head was guarded by a great wolf; the image explicitly linked Edmund to the Wuffinga dynastic line, confirming his status as rightful ruler of the Kingdom of East Anglia, even in death. 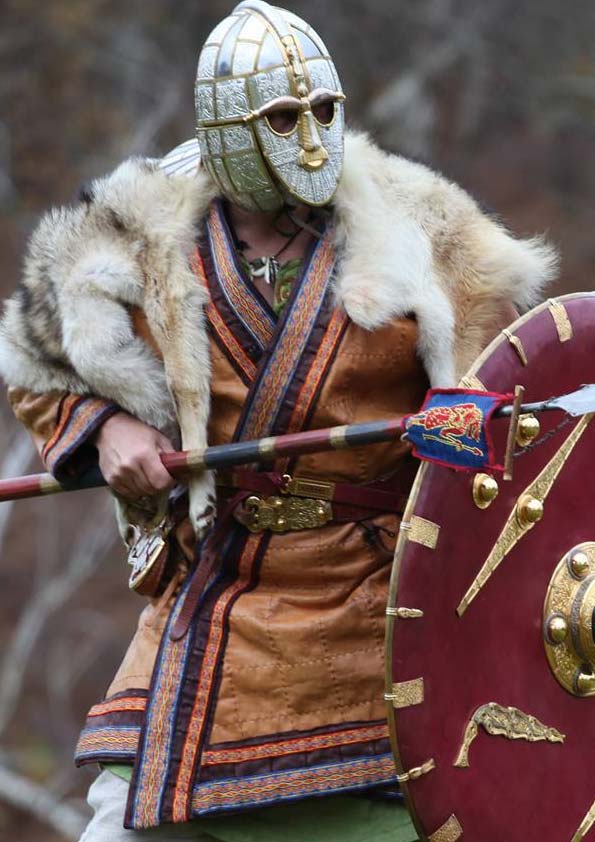 Who Became Anglo-Saxon Saints and Their Role in Creating England?

[…] out to his men and defended by a great wolf – an allusion to Edmund’s family name – the Wuffingas – ‘kin of the wolf’. Miracles abound around his body and where it had lay. When his body is […]