The relationship between landscape features and kingship is both interesting and obscure. In essence, the landscape was an extension of the king – his kingdom. It reflected his ability to successfully rule.

Linearity was absolutely fundamental to early Anglo-Saxon notions of kingship, extending even to the structure of individual dwellings: the king’s house needed a balanced horizontal and vertical axis; a hint of any tilt would have implied false judgement or immorality.

Kings were expected to deliver straight and true judgments; correct behaviour, reflected in proper and truthful speech, was a sign of royal legitimacy and upheld the very nature kingship. Speech was associated with ideas of projection, casting and throwing. Poetry was the truest form of speech, related to truth, authority and kingly judgement. This is reinforced in etymological links between words relating to kingship, morality and straightness. The Indo-European root words reg and rect mean ‘movement in a straight line’ and have parallels in Old High German, Old Celtic and Old Saxon. Words derived from these two roots in relation to ideas about space include: region, rectangle, regular and direction. In relation to morality, words include: correct, right, righteous and rectitude. In relation to kingship, some example words are: regal, regency, reign, realm, royal and rule. Taken as a whole, the combinations of meanings, derived from the original root words, describe kingship in relation to both the regent’s status as ruler and his moral rectitude.

Therefore an ordered landscape within the king’s estates formed a grammar of display to transmit information about the regent’s authority and right judgment. One example of this may be an axial alignment at the early Anglo-Saxon settlement at Yeavering, where a number of features including a ring ditch and temple were aligned to the king’s great hall.

The best example of Edmund’s kingly qualities described in landscape form is Devil’s Dyke, also known during the period as Holy Edmund’s Fortifications, or Edmund’s Dyke. As well as providing defence, it demarcated the western edge of both the Kingdom of East Anglia and the Liberty of St Edmund, and consisted of a series of three dead straight ditches measuring 7.5 miles in total. It’s function as both a physical boundary and a means of defining sovereignty and kingdom is also reminiscent of Iron Age traditions. In the early c. 11th, the Hundred Lanes defined East Anglia’s borders further in the form of boundary-ditches between parishes.

Anglo-Saxon obsessions with linear planning extended to ecclesiastical buildings. Ideas akin to geomantic notions of sacred sites as axes mundi – centres of a symbolic cosmos – seemed to be prevalent. These concepts persisted into the rule of Danish King Cnut, who refounded the monastery at Bury in 1020 and perhaps patronized the construction of a string of churches there.

Post-conquest, Abbot Baldwin constructed a ‘great axis‘ at Bury – now marked by Churchgate Street. It symbolically linked the town (the profane realm, earth) with Angel Hill (the angelic realm), the abbey (heaven) and Edmund’s shrine (the holy of holies.) As such it monumentalised Edmund’s cult and established Bury as a town built according to the principles of a holy or mythic city. 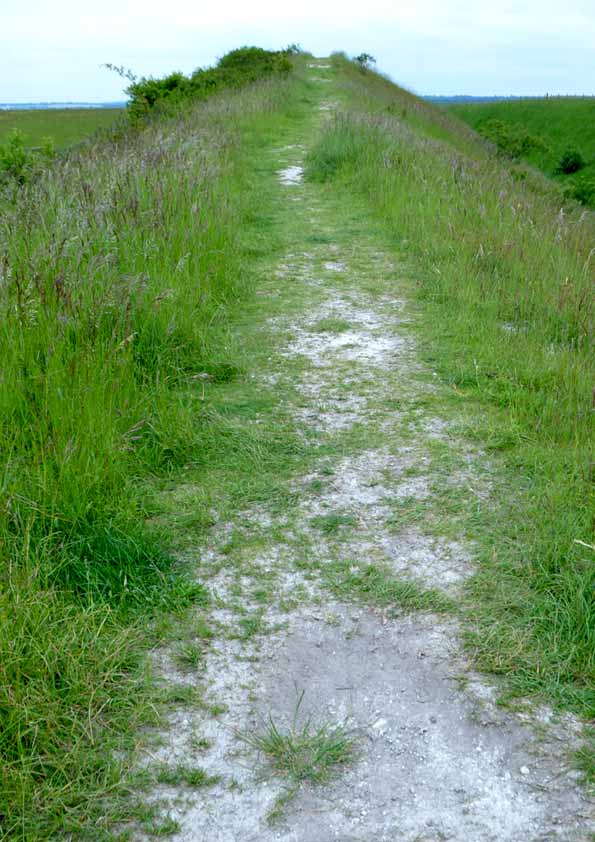 There is so much thought and symbolism that went into traditional architectural designs. Hm, maybe when I construct my own house I can build it with this in mind. Thank you for the ponderous article!