This is a contentious topic; many scholars deny the existence of any tradition of ‘sacral kingship’ in Anglo-Saxon and Scandinavian cultures. But there is plenty of evidence to the contrary and recently the tide has turned in its favour. The core argument of my book is that Edmund’s myth can be best understood, in fact, really only fully makes sense, when viewed through the prism of sacral kingship.

So what is, or was, a ‘sacral’ king? Here’s a very general definition: a sacral king is one who is marked off from his fellow men by an aura of specialness which has its origins in more or less direct associations with the supernatural.

A culture in which sacral kingship exists defines kingship, at least in part, as follows: the king is believed to be of divine descent; he is the source of supernatural powers, including luck and good fortune; he is ritually married to a symbolic bride (the earth) who personifies the wellbeing of his kingdom; he is ritually slaughtered in order to grant fertility to his realm. Many of these ideas have a pre-Christian origin, but some existed well into post-conversion eras; Charlemagne could be defined as a ‘sacral king’. Indeed, some concepts of sacral kingship are universal and transcend history; examples can be found in latter-day figureheads such as Haille Selassie and Emperor Hirohito.

In 98AD Tacitus described Germanic tribes as possessing either war leaders or sacral leaders. King Rædwald – one of Edmund’s precedents – was likely perceived as a sacral king; mound one at Sutton Hoo (in which he was likely interred) included items such as the sceptre, helmet and axe-head. Combined, they suggest an understanding of the rules of proper kingship: participation in cult rituals where the regent assumed the identity of a god and performed sacrifices at ceremonial feasts. It has been argued by Neil Price that the Sutton Hoo helmet in particular supports this theory: a line of cloisonné garnets can be found along each of the helmet’s eyebrows, backed with gold or silver foil, to reflect light through the stones. Only the 23 garnets of the right eyebrow are foil-backed, meaning its wearer would appear one-eyed; the king would, in effect, embody Woden the one-eyed aristocratic ancestor-god, thereby reinforcing his divinely-ordained authority.

Roughly contemporary with Edmund, the Icelandic poem Ynglingatal describes how Scandinavian kings were descended from the god Freyr and the giantess Gerðr, their union itself a form of hieros gamos, a symbolic act of fertility. Later still, the skaldic poem Sigurðardrápa associates the Jarl Hákon Sigurðarson with prosperity and the flourishing of nature. These sagas also contain examples of ritual king-slaying, motivated by the king’s association with the fertility of the land.

Professor Richard North has written extensively on aspects of sacral kingship in Scandinavian, Germanic and early Anglo-Saxon heathen traditions, as part of an exploration of the OE deity Ing. He traces a path of Ing-hypostases from the Anglian deity Nerthus, through Njorðr’s son Ingvi-freyr, to aspects of Ingvi-freyr’s seasonal fertility rites, embodied in traditions of sacral kingship.

The nominal leader of the Great Heathen Army that invaded East Anglia during Edmund’s reign was known as Ivarr the Boneless. It is he and his kin who undertook the apparent ‘ritual’ king-slaying of Edmund. In OE texts, Ivarr is referred to as Hinguar / Hingwar, which means ‘Freyr’s warrior’ or ‘Freyr’s defender’ (synonymous with Ingvi-freyr, the Scandinavian god Freyr was traditionally associated with sacral kingship, prosperity and fecundity.) Given the meaning behind the name, it is possible that Ivar was known as Ingvar because the ritual king-slaying he inflicted on Edmund recalled the death of the Ing-hypostasis in autumn (note that Edmund’s death occurred on Nov 21st), making way for a new incarnation of the god-king.

Perhaps Ingvar himself and / or the OE authors understood the meanings behind Edmund’s highly symbolic death, given the contemporary traditions of King Dómaldi and sacral rulership hinted at in Ynglingatal. By ritually slaughtering Edmund, Ingvar not only removed his regional opponent but asserted his status as rightful successor to the kingdom of East Anglia, as part of the Ing-hypostasis tradition.

Whether Edmund was perceived as a sacral king in his lifetime is unknown, although he did possess certain qualities that set him apart from the rest of society (his virginity, for example.) My thesis is that ideas about sacral kingship were deliberately appropriated by his followers for very practical reasons. In so doing, Edmund became more powerful in death than in life; in death, he came to embody a myth of sacral kingship. 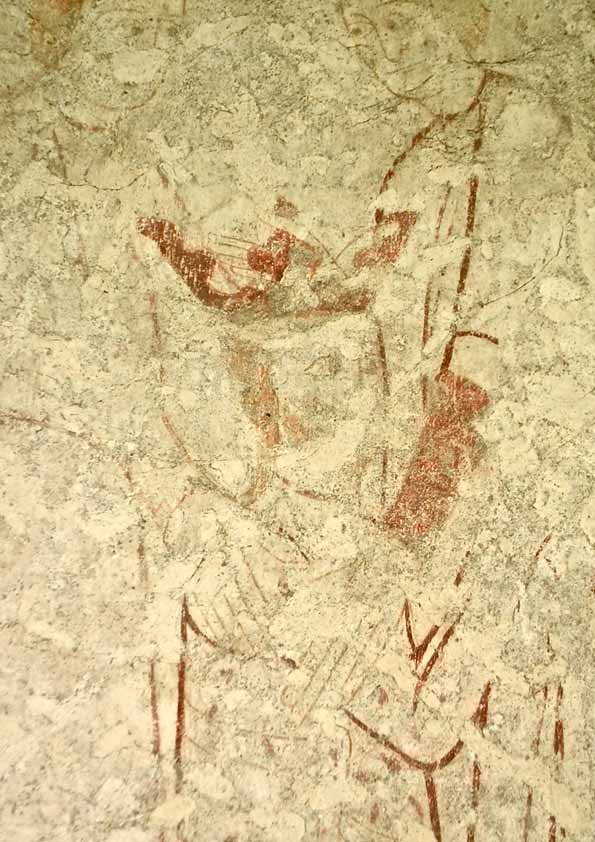