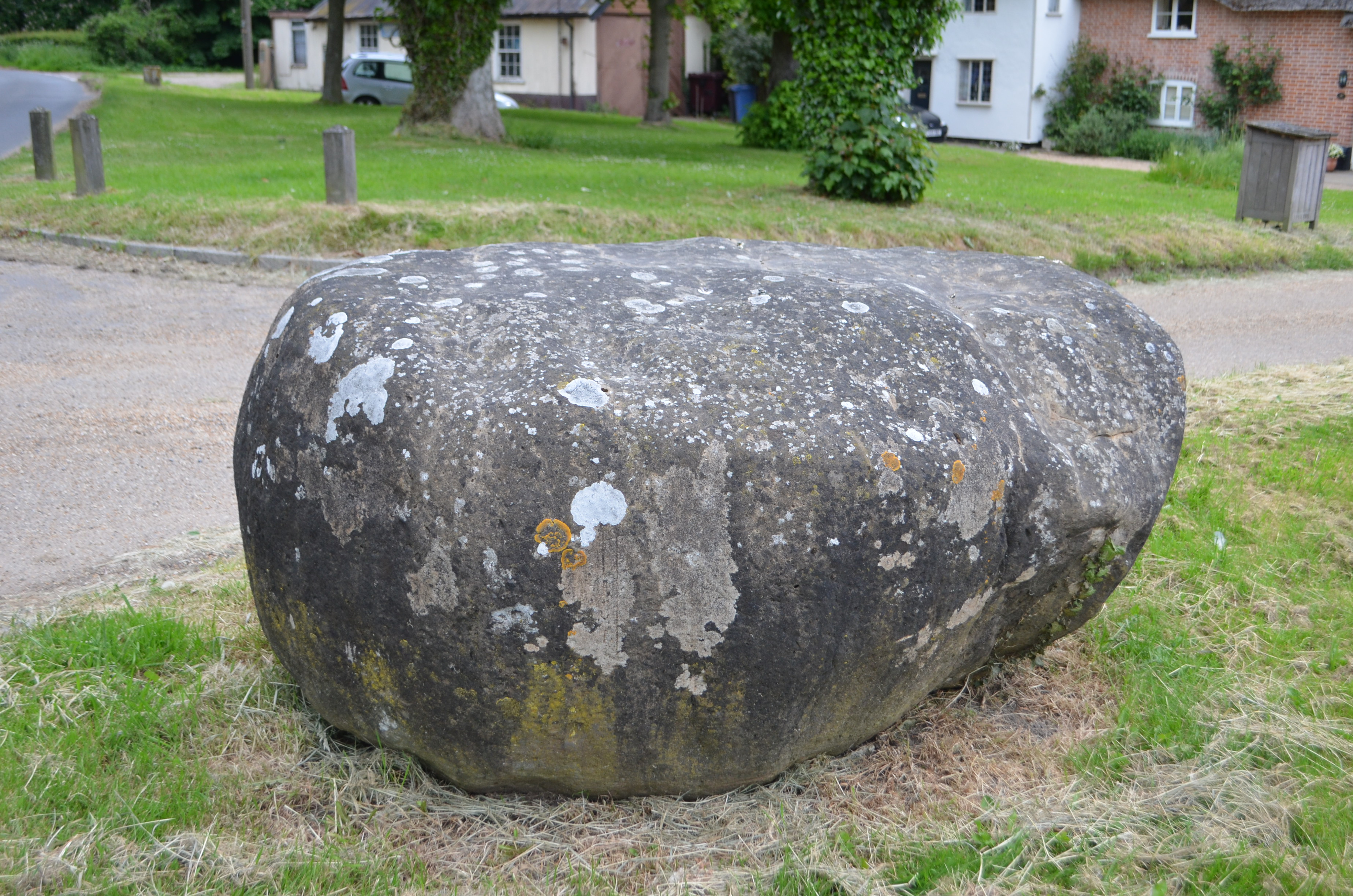 Hartest is a small village south of Bury, located in a deep dale. At the north end of the village’s large green is a limestone boulder with an interesting past.

Another version says that the stone was removed from a field ‘near Somerton Common’ in 1713 by 40 horses, with a trumpeter mounted on top of the stone. Yet another tale says it was taken from High Field, Somerton, on a sledge drawn by 45 horses, on August 1st 1714, when King George 1st took the throne.

These stories are contradicted by a further tale, which claims that the boulder was discovered in a clay pit on top of Hartest Hill, and was removed by the landowner. He had it relocated to its current place, set it on its point, and placed several small stones around it to keep it from rolling over. Local tradition says that the stone turns over when it hears the church clock strike midnight. Hartest Hill is the steepest in Suffolk, and it has been proposed that the location of a large (and rare) boulder on the hill’s summit could suggest ritual significance.

Others have speculated that the boulder once marked the centre of Bury’s terrestrial zodiac, in woodland at Long Grove, within Hawk’s Farm (although the zodiac may be centred on Francis Wood near Rede.) The zodiacal sign of Virgo is positioned such that her heart is over Hartest village.