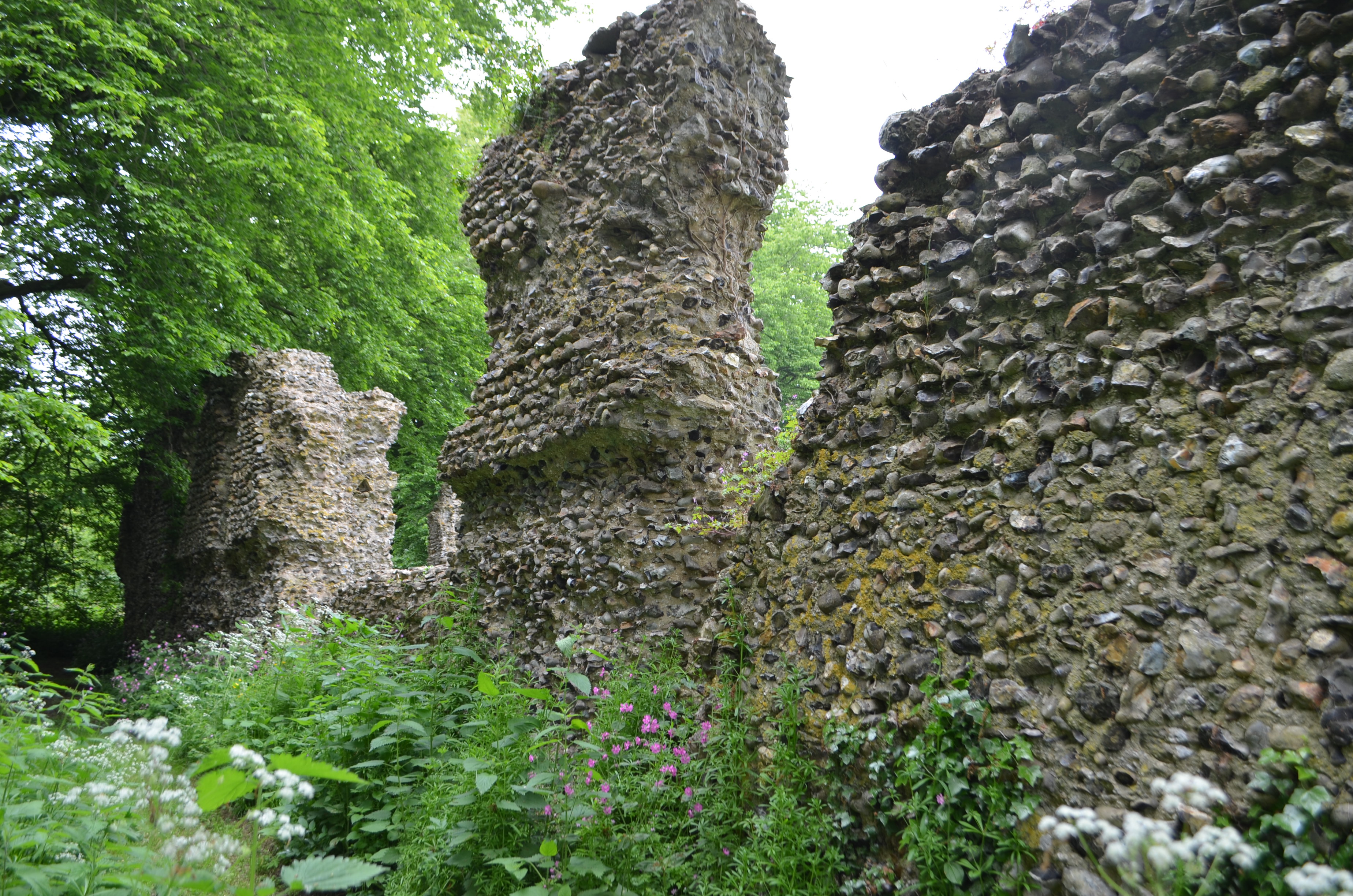 East Anglia’s second Minster is nowadays a remote ruin. Shrouded by trees and surrounded by rolling fields, it has a particularly ancient air. Isolated and brooding, the place sums up ancient Suffolk’s unique spirit of place.

King Sigeberht, son of the Wuffinga overlord Rædwald, did much to promote Christianity across his kingdom. He welcomed Felix, a Burgundian priest who arrived in East Anglia as part of the ongoing Gregorian mission to convert the Anglo-Saxon communities of England. Felix was ordained as first bishop of East Anglia by the Archbishop of Canterbury, Honorius, in 630. His Bishopric at Dommoc was most probably Dunwich or, alternatively, Walton Castle.

The fledgling East Anglian church remained relatively stable, bolstered by further missionary efforts from the Irish monk Fursey and, later, Botolph, even while Mercian and East Anglian powers vyed for control of the kingdom.

But Viking invasion saw the church retreat and even collapse. Crowland Abbey in the Fens was burned down. Further destruction may have been suffered at Bury St Edmunds, Ely and Soham. Iken, Brandon and Burrow Hill were abandoned.

It was only in the 10th century that the bishop’s seat was restored to East Anglia, first at North Elmham in Norfolk. This was the site of East Anglia’s first cathedral. The original building, built of timber, was the Diocese headquarters until 1071 when Bishop Herfast transferred it to Thetford. Remains of the later Saxon cathedral can still be seen, a good ten feet high in some places.

A second bishopric was probably established here at South Elmham, roughly 5.5 miles southwest of Bungay. The ‘Old Minster’  location is remote, shrouded by trees and surrounded by rolling fields. It has a particularly ancient air, and may have been the site of an earlier Roman building or pagan temple. The flint ruins have a brooding quality, an otherworldly atmosphere and distinct spirit of place. They endure, almost forgotten, amongst the wide Suffolk landscape.

Wow! I found South Elmham Minster today absolutely magical. ? That’s now led me to finding this amazing website. Brilliant! I also notice on the site, other places in Suffolk I love to visit. Plus you feature one of Mike Williams books! I enjoy his books and conversation (on twitter ?) very much indeed. Thank you for this site, it’ll keep me amused for ages ?.

Hi Julie. Welcome – I’m glad you found the site! South Elmham is indeed a wonderful place – one of my favourites.
If you haven’t already, feel free to download the Edmund book.