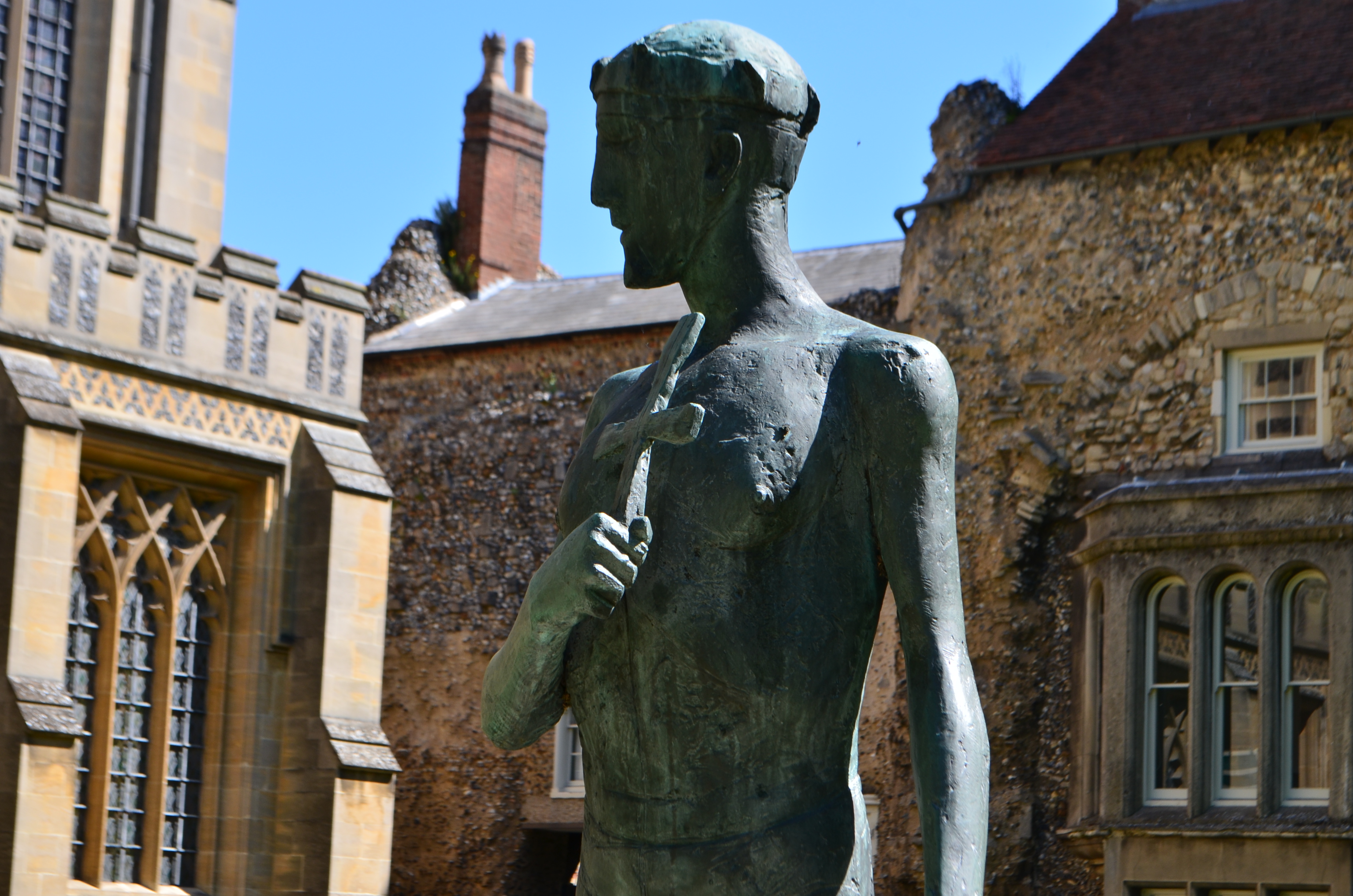 40-year-old David Cain, from Marlesford, recently set out on a 68-mile pilgrimage across Suffolk trekking from Bury St Edmunds to Dunwich.

He is aiming to recreate a lost legendary route across the county which he hopes to complete on Sunday after being sparked by the imagination of the St Edmund for England campaign.

It was launched in June by brewing giant Greene King, and is supported by Mark Murphy, mid-morning presenter at BBC Radio Suffolk, the East Anglian Daily Times and its sister titles the Ipswich Star and Bury St Edmunds Mercury. Mr Murphy spearheaded the previous campaign in 2006.

Mr Cain, who is communications manager with the Poetry Trust based in Halesworth, said he had been researching St Edmund and came across mention of a King’s Road, also known as the King’s Highway and St John’s Road which was a pilgrimage path that ran from the drowned city of Dunwich to Bury. It came to prominence in the 10th Century under the patronage of King Athelstan.

He said: “Legend has it that this straight track ran from St Felix’s, in Dunwich, to the Abbey, at Bury, via Hoxne. Legend also has it that dragons roamed the Suffolk countryside and that when King Edmund was killed at Hoxne his head was cut off and thrown into the forest where it was guarded by a wolf.

“The route is now inexplicably lost, however, with these three legends in mind I’m setting out to re-imagine the route of this long-lost path.”

Mr Cain is walking via Pakenham, Ixworth, Walsham-le-Willows where he will make his first night stop, Eye, Hoxne, Fressingfield, Cratfield, Walpole and Bramfield, before reaching his destination on the coast.

“What better inspiration than to seek the forgotten route to a drowned city once walked in reverence to a now deposed patron saint,” he said, adding that he is hoping to develop the walk into a short book based around his journey, reflections on St Edmund and on the wildlife found along his way.

“I have always had an interest in history and I have been inspired by the campaign for St Edmund who is very much an English king.

“It’s kind of going into the unknown for me and is a bit of a challenge to walk the route but I am aware that this year marks the thousandth year of the return of St Edmund’s body from London to the abbey at Bury St Edmunds and I’m hoping this walk will bring St Edmund back to life with every new step along my way,” he added.

Tom, the only link I can think of between Kent and Edmund is his possible parentage: one of King Æthelstan of Kent’s lords was Ealhhere; he may have been Edmund’s father and Edith (Æthelstan’s sister), Edmund’s mother.