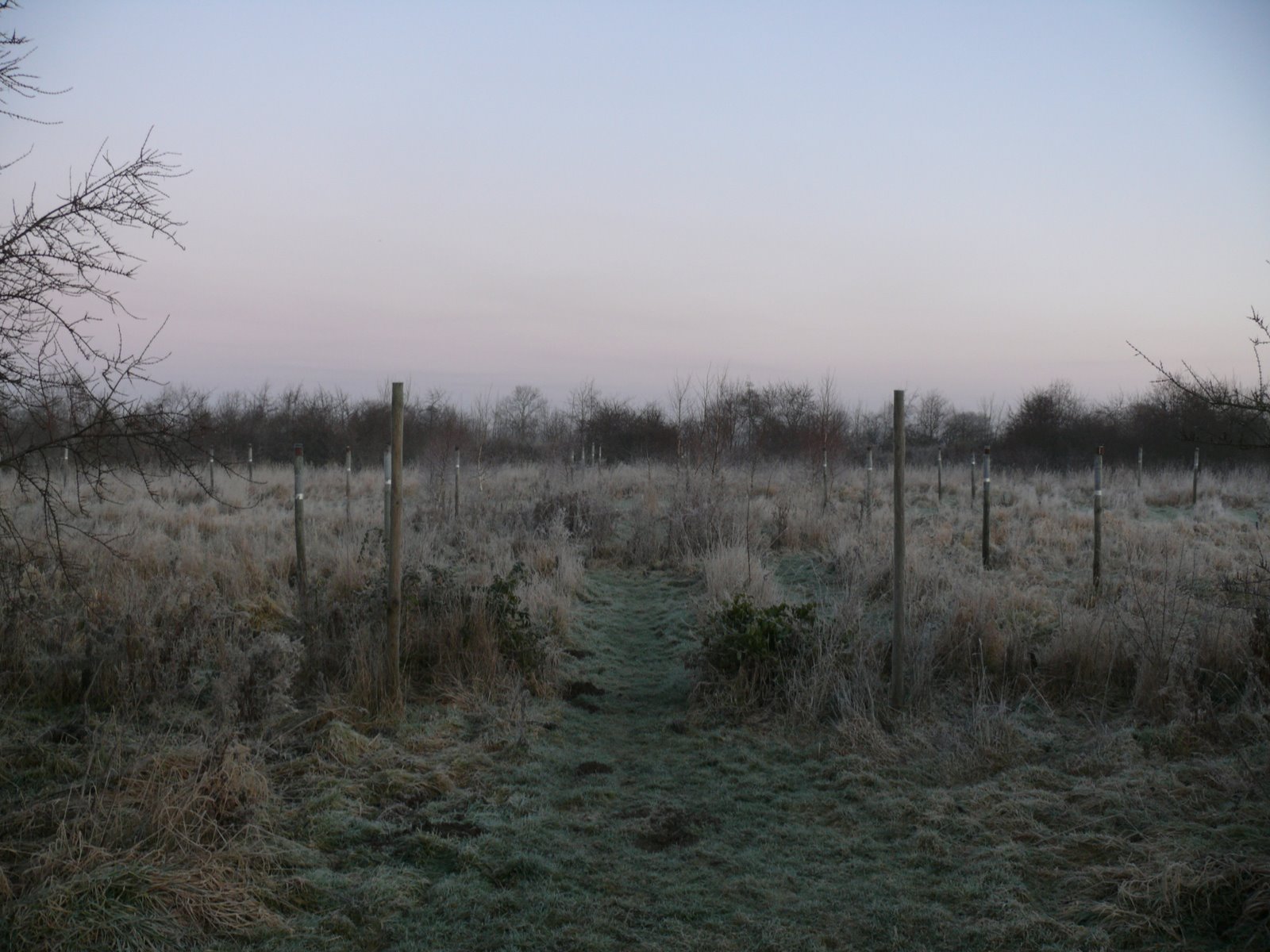 The Suffolk landscape continues to be mythologised into the 21st century, in the form of this Chartres-style maze on the outskirts of Rougham.

Located in a quiet retreat at Oak Lane, close to a spur of the Peddars Way and a number of tumuli, this maze was created by Clare Higson in 1998.

Update: the land upon which the maze was crafted is now in private hands and, unfortunately, the maze has not been maintained. So this post remains solely as a record of its prior existence. The turf maze can still be clearly viewed in Google Maps however.

A maze’s pattern is symbolic and rooted in myth. It represents the passage through life, the inscrutability of the divine plan, the journey of the mythic hero, the mysteries of the subconscious. If enacted properly, a ritualised walking of a terrestrial maze is a means of enchanting the land.

Walking a maze is a meditative act, representing an initiatory process: the entrance signals a departure from normal rules. It is a gateway, requiring an act of faith, obedience and patience. It disorients and frustrates but ultimately provides a route towards discovery and revelation. Exiting the maze and returning to mundane reality is accompanied by a new understanding of the self and the world.

The pattern of the Oak Lane maze is derived from the famous maze embedded in the floor of Chartres cathedral. Walking its path was seen as a form of pilgrimage, especially for those who were unable to undertake actual pilgrimage to a major religious centre.

In the context of the Bury St Edmunds landscape, this terrestrial maze can perhaps be considered as complimentary to the traditional pilgrimage at St Edmund’s shrine. As a trial and initiation, the walk around it enables meditation upon the relationship of Edmund the sacral hero-king with the land itself, and his own heroic journey towards sacrifice, death and rebirth as semi-divine protector of the kingdom.

I feel like this maze is a place where spirits still roam , from century’s ago and they know when a person is their in the Super Natural way to visit, as they pass through darkness with their mind , and travel over water as they see and feel the wind as it blow , and see it with their mind and spirit and now they must step into the Light , to see what soul wait at the GateWay for them to have a few words or leave a message for them.