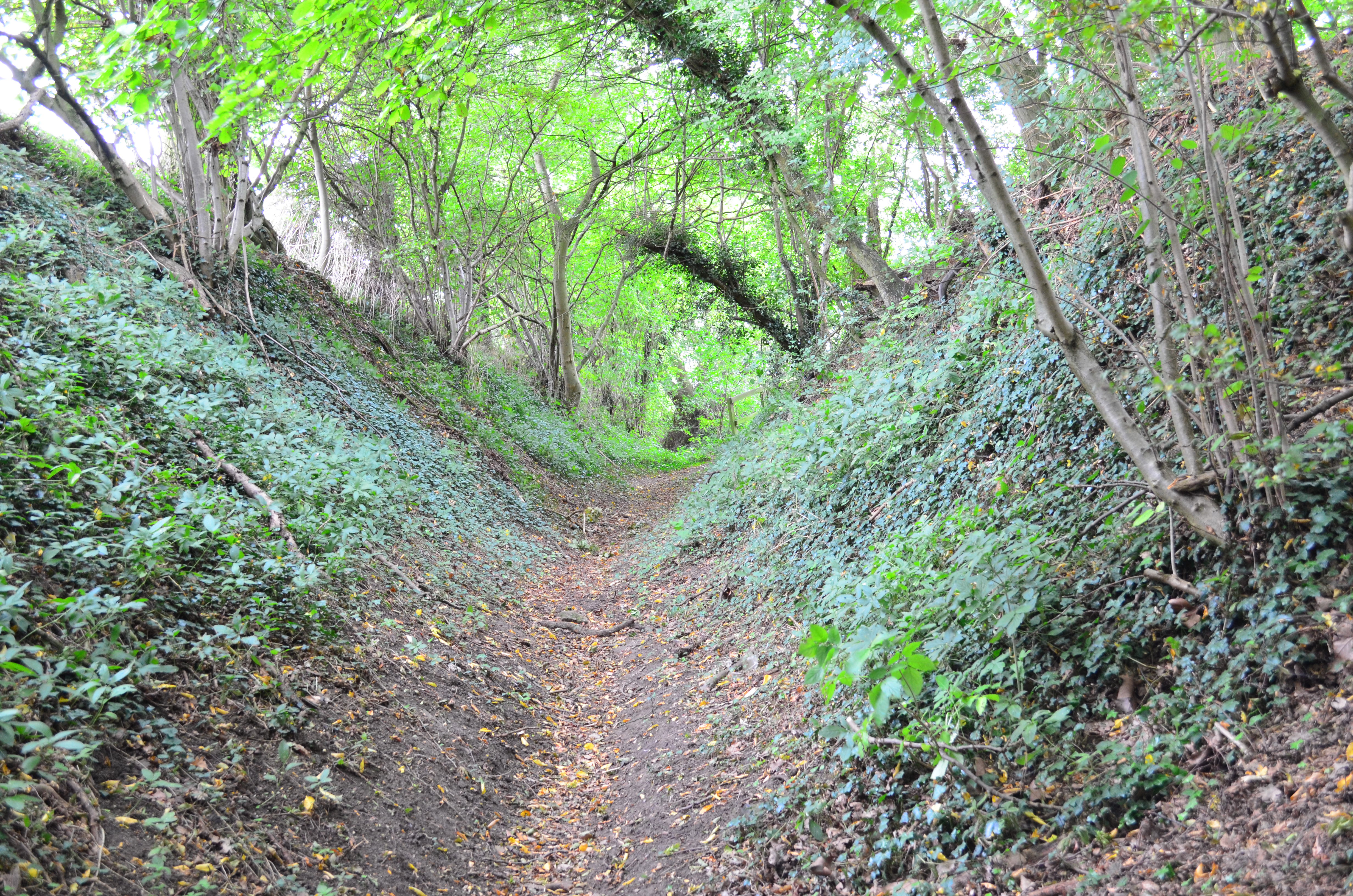 The secrets of Stanton’s hollow way.

Lying at the edge of Stanton lurks a deep and mysterious half-mile long trackway, linked in language to the Anglo-Saxon lairs of monsters, demons and man-eating beasts.

Suffolk is riddled with geological and man-made depressions in the form of moats and grundles or grindles. Grundles – the name is unique to East Anglia – are very deep hollow ways with steep banks rising to 5.5m in places.

An earthwork called ‘The Grindle’ ran due west from South Gate, just outside Bury’s walls. Other examples can be found at Wattisfield and here at Stanton. The former terminates in a pond; Stanton’s grundle runs for half a mile and ends at the corner of a field.

There is a link in the use of ‘grundle’ or ‘grindle’ to denote these deep ditches with the monster Grendel from the epic poem Boewulf. It has been suggested that Beowulf was authored in East Anglia in the reign of the Wuffinga King Ælfwald (713-749), to explicitly establish a link between the Wuffingas and the legendary king of the Danes. Grendel was a monster that resided in low-lying watery places. Marshlands and bogs were dangerously deceptive, seemingly safe on one hand but able to drag the unfortunate down to the Lowerworld – the land of the dead (and also a place of wisdom.) ‘Grendel’ is connected to the Old Norse term meaning ‘to bellow’ and later the Middle English term meaning ‘angry’.

A Old East Anglian dialect word with the same root ‘grindle’, means ‘drain’ or ‘ditch.’ Through language, Grendel’s monstrous qualities were linked to the landscape. The Anglo-Saxons understood that not all of Suffolk was sacred; lurking amidst woods and mounds were elves and dragons, and places such as pits, bogs and ditches were the realm of demons; the lair of man-eating beasts.

According to one guide book i saw, this channel, which is a dry stream bed in chalk land, was formed by glacial melt water. Apparently also it causes considerable disturbance from flooding and soil run off in very wet weather. It clearly has a seasonal flow and a spring I saw rapidly soaks away into the underlying soil. Beautiful land feature.

As a teenager, parking in the Grundle with a local girl one night.
My Ford Capri mysteriously jerked forward twice, causing us to flee the Grundle in terror.
I have never returned.

I spent much of my childhood in the 1970s playing in the Grundle but always felt uneasy going any further than the bridge, about halfway along. Whenever we did so, everything became still, dark, and eerie and I always felt a sense of relief when we returned.
Boudicea was purported to have stayed here, according to legend. Anyone know anything else about this?

I haven’t heard anything about a connection between Boudicea and Stanton – let me know if you find out more.

Was walking my dog along the Grundle yesterday evening, there is a curl of barbed wire emerging from the ground which the dog got caught in, also a tree has fallen down which is blocking the path and has caused damage to the safety handrail. Please beware!
Does anyone know who is responsible for the upkeep of this area?