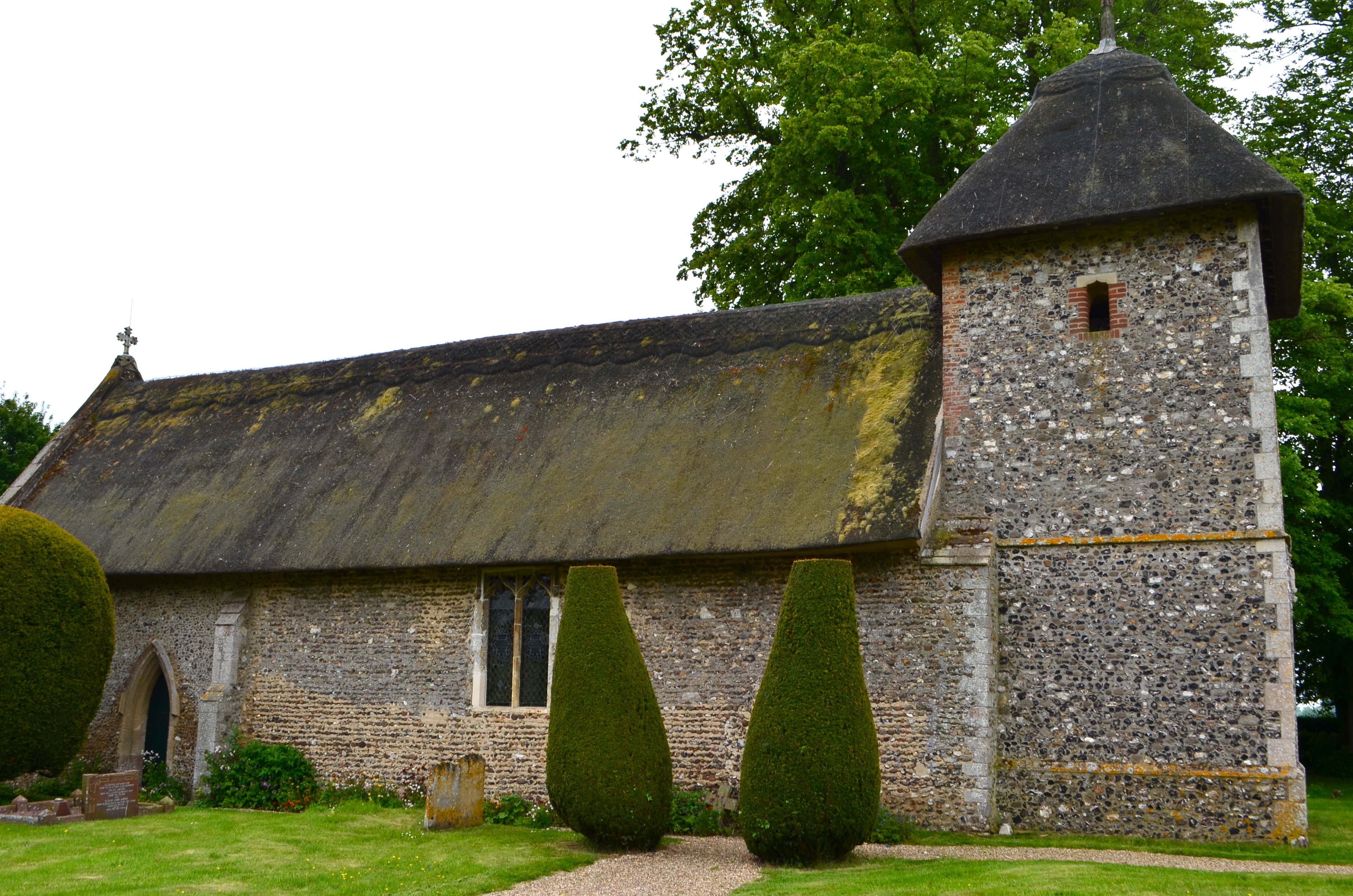 Rare depictions of the sacral king.

The thatched church of St Mary at Thornham Parva, six miles south of Diss, houses one of Suffolk’s rarest treasures.

This tiny, unprepossessing Saxon church is isolated from the very small village and surrounded by fields. Yet within reside two medieval works of art that reflect the region’s devotion to their patron saint, Edmund.

The first is a medieval retable – a framed altarpiece – originally owned by the Dominican Priory at Thetford in Norfolk. It is the largest surviving altar-piece from the English Middle Ages, although not complete; the rest can be found in the Musée de Cluny in Paris. Its probable Dominican origins are confirmed in the content of the retable. It shows St Dominic and St Peter Martyr, joint patrons of the Dominicans and St Catherine and St Margaret of Antioch, who were the order’s mascots. The Apostles Peter and Paul are also shown, along with John the Baptist and St Edmund himself. After seven years of restoration by the University of Cambridge at the Fitzwilliam Museum, the retable was recently returned to Thornham Parva.

The walls of St Mary also contained rare 14th century paintings. They show the Annunciation, the Visitation and the Assumption of the Blessed Virgin. along with scenes from the birth of Christ. Most significantly, the story of St Edmund’s martyrdom is also depicted. In the words of Simon Knott from the Suffolk Churches website:

We see Edmund fleeing the Viking attack on a town, possibly Rendlesham, home of the Wuffings, the East Anglian royal family. The actual martyrdom is lost because of another of those great windows, but we next see Edmund’s decapitated head being put back on the body by a group of monks. Then, the body is carried off to its shrine at Bedricsworth (soon to become St Edmundsbury) while the wolf that found and guarded the head looks on. The final image on the north wall shows the wheel of a bullock cart crossing a bridge – delightfully, the bridge is represented by the arch of the doorway. This depicts an event that happened some time after. St Edmund’s body (by now sanctified and canonised) is being taken away to escape a later assault by Vikings. It approaches a bridge that is simply too narrow to allow the cart to pass. Miraculously, the cart crosses the bridge, and the Vikings are foiled.

St Mary’s was a waypoint for medieval pilgrims en route to Edmund’s shrine at Bury St Edmunds from the coast. It has been speculated that the cart could be destined for Bury, possibly depicted in the frieze but now obscured by the church’s gallery. If so, the paintings could have functioned as visual metaphors for pilgrimage by reflecting Edmund’s own journey that ultimately ended at Bury.

[…] to discuss our work in the cafe at Thornham Walks, near Eye, Suffolk. We then visited the nearby church of St Mary in Thornham […]

44 years ago while cycling home from Mellis to Mendlesham at 23, 15 I came across 3 figures 200 yards down the road north of the thatched church at Thornham. It was bright moonlit night. The figu
res were two monks and a dog. As II passed closely to the figures the monks raised an arm an said good night. They hadn’t got hands and I couldn’t see any sign of a face. Which even in moonlight you can normally see. With that I cycled off